In February, Lord of the Rings Online will be releasing update 32. New raids and housing are among the updates coming in this new content patch. Additionally, there is a big zone expansion that has been teased as well. Stay tuned for more information on these upcoming changes to come later in January!

Lord of the Rings Online has released a new update that will be coming out in February. The update includes a new raid, housing, and zone. 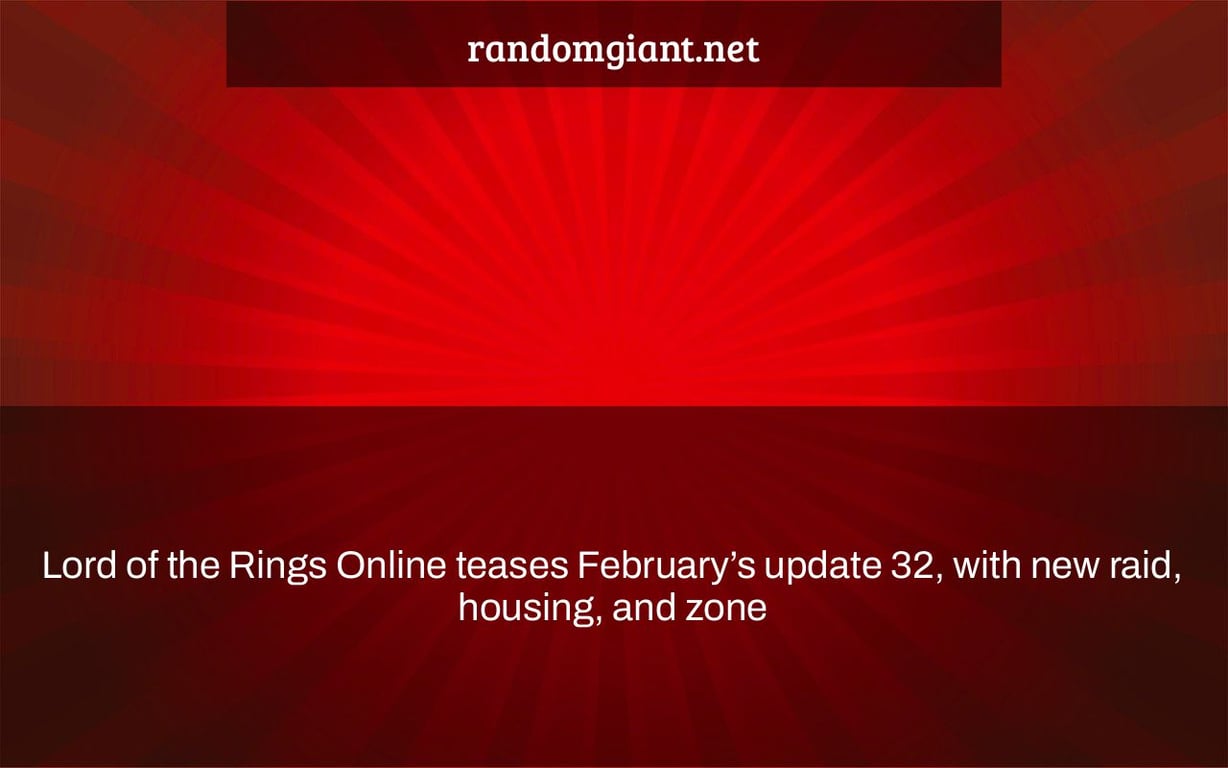 Fans of Lord of the Rings Online may now read a new producer’s letter from Standing Stone Games, which looks forward to the new year. Oleg “Raninia” Brodskiy of SSG starts things off with some “meaty” news: update 32 is coming out in mid-February, and it’s chock-full of goodies, including a new 12-person raid (Abnankâra, the Hiddenhoard, coming to Bullroarer “soon”), Erebor housing, the legendary item reward track, and the Angle of Mitheithel zone for level 40-45 toons.

“To Erebor, we’re introducing player housing!” The Dwarves of Erebor have gone to recapture one of Smaug’s remaining treasure hoards, which has been unlocked. In the Great Hall under the Mountain, join them in owning a piece of Middle-earth! There will be 12 Base Premium Houses, 1 Special Base Premium House, 6 Deluxe Premium Houses, and 1 Premium Kinfolk House in this new premium neighborhood, as well as a complete array of town services and social spaces for you to enjoy with your kinship and neighbors! Erebor housing offers additional external music and dayfile hook types in addition to the new neighborhood, giving players even more personalization possibilities for their houses! We also want to expand the use of house permits to enable users to completely seal off their yards from unauthorized visitors.

“[W]e’ll also add a new area: Mitheithel’s Angle. A wild country of steep hills and dense pine-woods, stretching south from the Trollshaws to the confluence of the Bruinen and Mitheithel rivers, and a cemetery of old kingdoms. As the north gets more hazardous by the day, the Rangers creep through the shadows of the forest, ever cautious, carrying out covert duties. Mitheithel’s Angle will be for levels 40 to 45.”

There’s more, believe it or not, as the spring festival will debut with the February update, and the progression servers will advance, with Treebeard leaping to Moria and Shadowfax marching to Isengard. “On March 2nd, Shadowfax will approach the great plains of Rohan, two months later!” In my next letter, I’ll give you further information on when Anor will arrive in Minas Morgul,” Brodskiy adds. Expect this in March, with a similar forecast throughout April to June. Communication!

Lord of the Rings Online teases February’s update 32, with new raid, housing, and zone. The update will also include a new tier of gear. Reference: lotr online update.

How To Ensure A Quick Start For An Effective Audience Increase